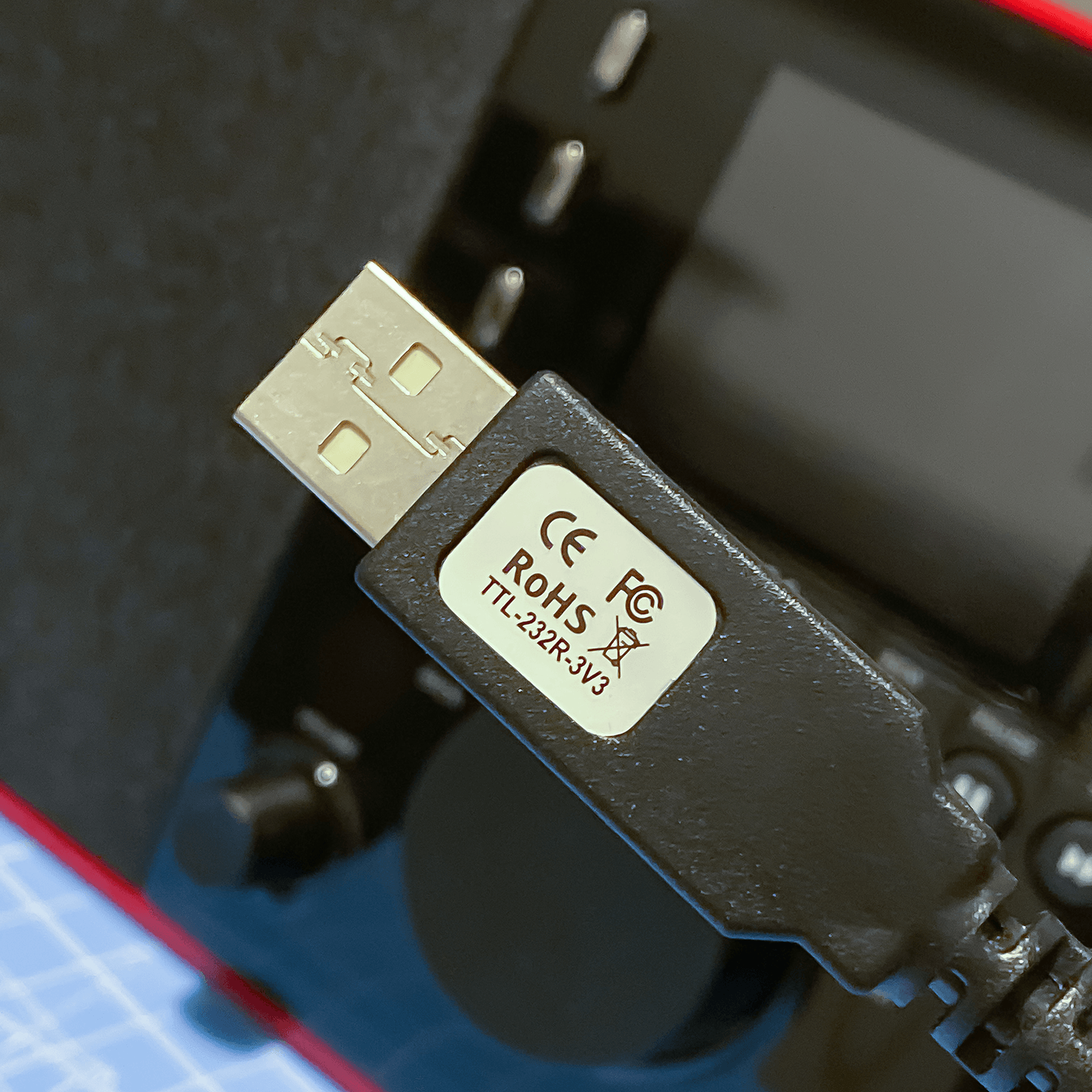 The other week I wrote about trying to gain access to the bootloader on a Logitech Squeezebox Radio via its serial console. When tinkering with this kind of device, it’s useful to get access to a console for exploring and debugging. Devices like this often have a TTL serial interface you can tap into to access the console.

The Squeezebox Radio has a TTL serial interface that is relatively easily accessed via the battery connector. To use it, you’ll need:

Open up the Squeezebox Radio battery compartment on the underside of the unit and remove the battery if one is fitted. You’ll find a ten-pin connector inside. 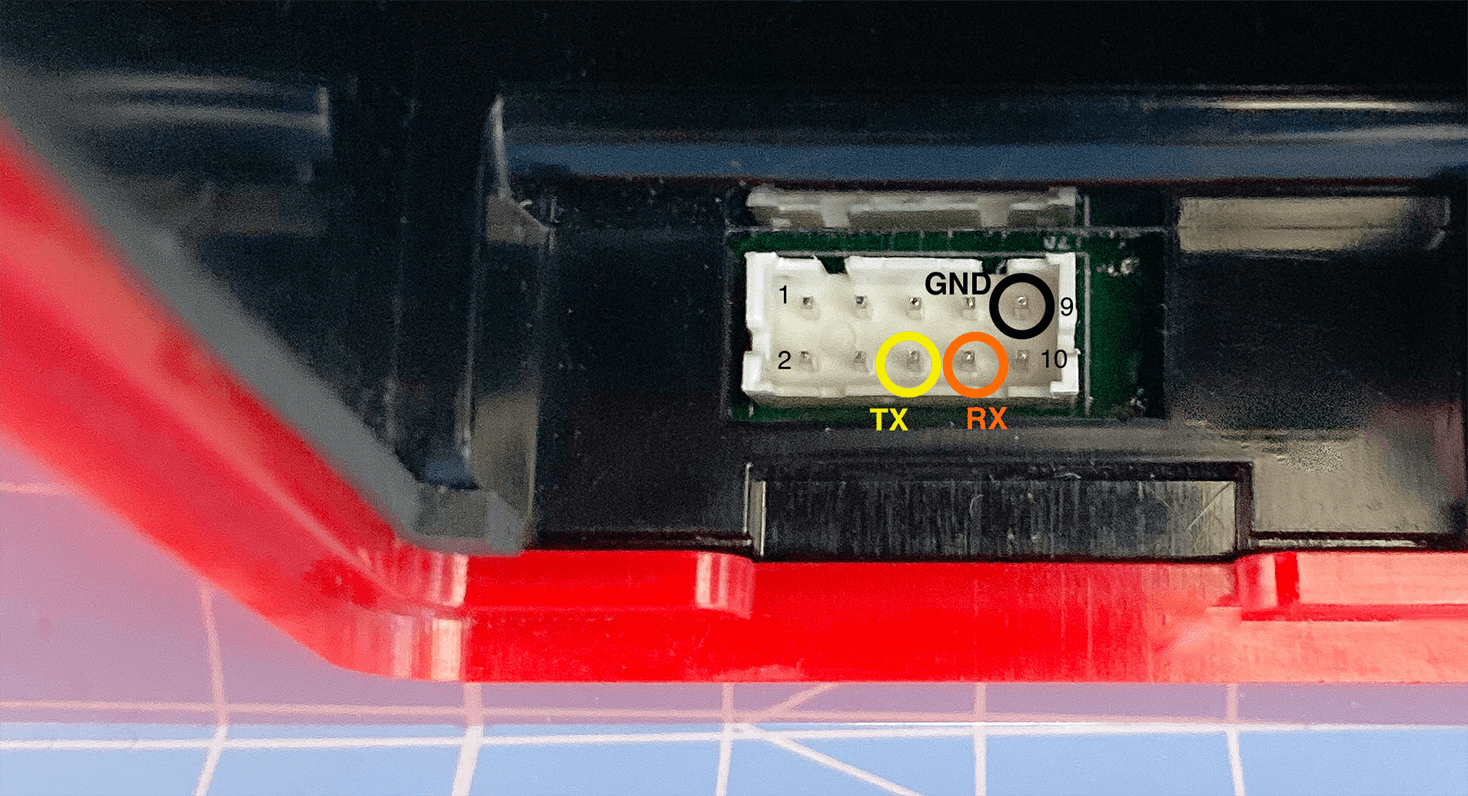 This connector exposes TTL RX, TX and GND pins as illustrated above.

In the case of the FTDI TTL-232R-3V3 adapter, the connections are as follows: 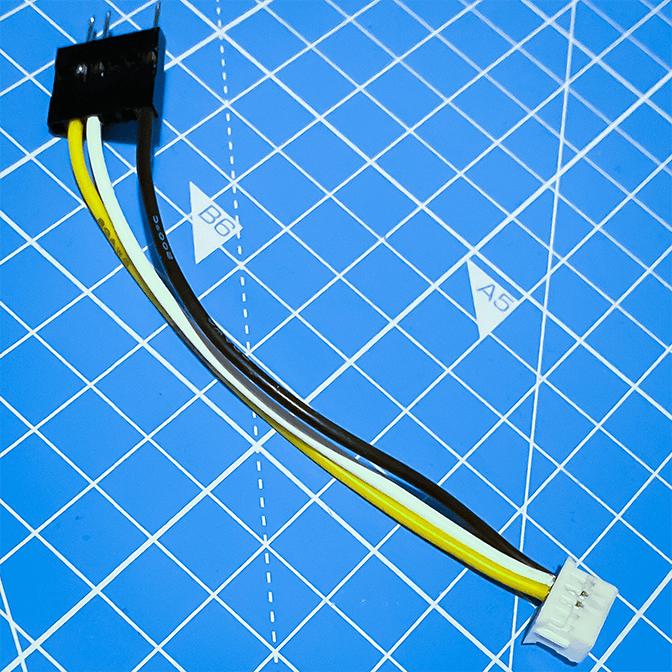 If you want to make up your own, you’ll need the following parts, plus a modicum of patience:

The crimp tool in the kit linked above may not have been the quite the correct tool for the small contacts that fit the PHDR-10VS battery connector plug, but with care it seemed to work satisfactorily.

The tools I found that were supposedly designed for these small contacts were extremely expensive, costing hundreds of pounds, well beyond my budget for this project!

Once the physical wiring is complete, it’s time to connect the Radio up to your computer. I’ll be assuming that you’re using a Linux system.

Connect the USB-to-TTL adapter to your computer. You’ll need to find the ttyUSB device name. To do this, grep the kernel output.

You’ll see something along the lines of FTDI USB Serial Device converter now attached to ttyUSB0, where ttyUSB0 is its device name.

The screen utility can then be used to establish a connection with the Squeezebox serial port. The radio uses a baud rate of 115200.

Nothing will happen initially. Now power on the radio. Your screen should fill with the boot output from the device. That’s it - you’ve got a serial console on your Squeezebox Radio.

Once the radio has finished booting, you’ll see:

At this point, you can press the return/enter key and you’ll be at a root terminal.

One interesting (annoying) thing to note is that Ctrl+C will not work in this terminal. So if you run a command which you’ll need to break out of (something as innocuous as ping, for example), you’ll be stuck and need to reboot the radio.

This is because there is no controlling terminal on the serial console, see here for more information.

As a final note, the serial lines are also available on these pads on the board, if that’s useful to anyone. 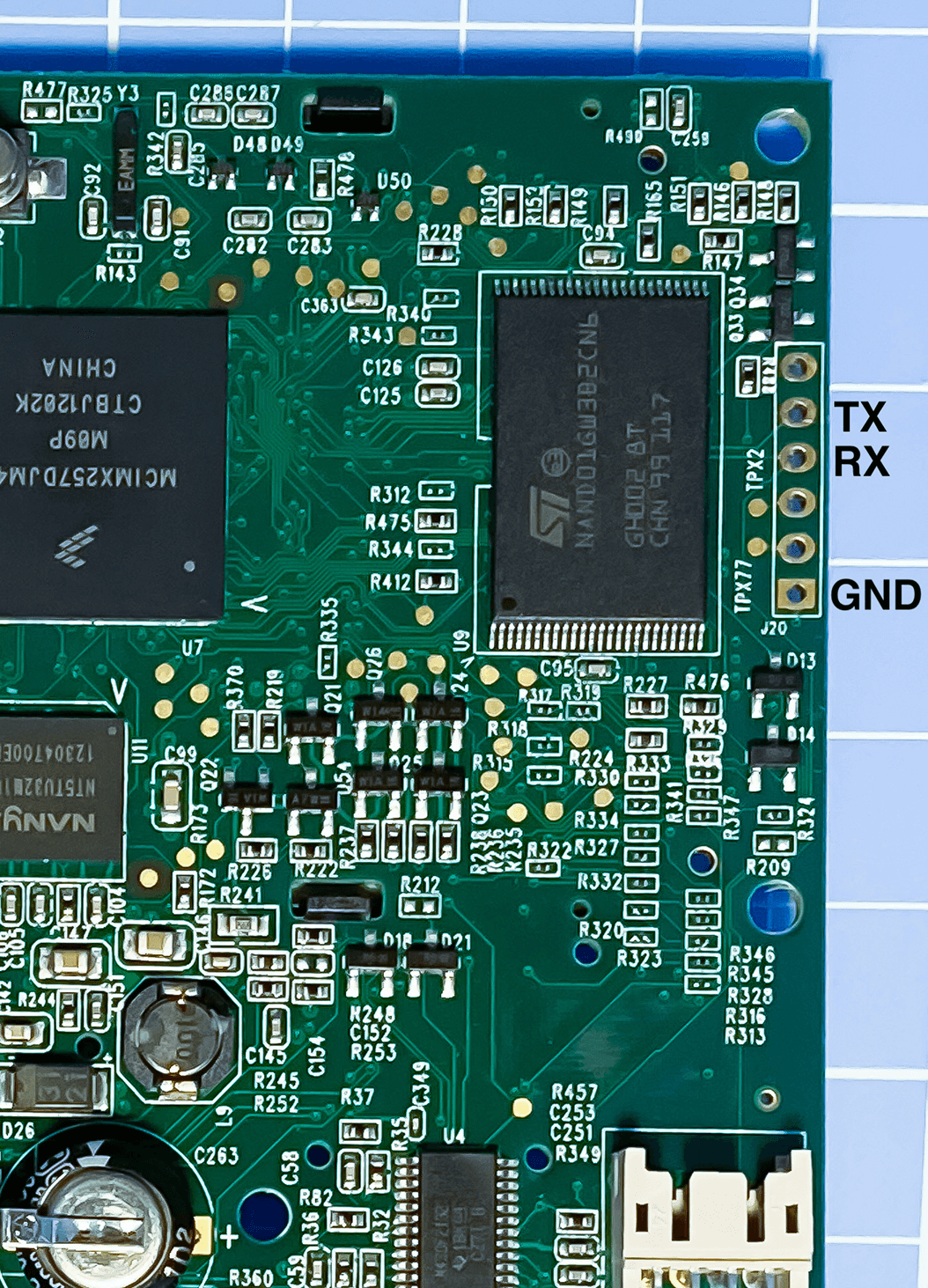